Offline Cloud Storage, A New Trend In Cloud Hosting Solutions: Cloud services brought a great opportunity to make online applications available at any point of time with the main devices like PC, smartphone or tablet. According to the latest survey conducted in 2012, 57% of companies consider themselves to use SaaS (Software as a Service) and 38% are making use of PaaS (Platform as a Service). However, most of the feedback received from customers for these services, it is noted that the “cloud” cannot be used in the absence of access to the Internet – the main snag in the development of this technology. Thus, the current goal of cloud services – is an offline mode, that is to make SaaS applications suitable for use when there is no access to the Internet. 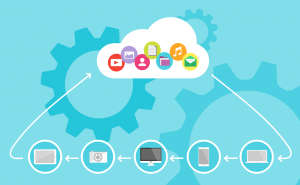 The problem directly affects the productivity of users in the enterprise, as the gain in productivity is the main promise of the transition of applications in the “cloud hosting solutions“. Why offline mode in the cloud is a key theme in 2012, while SaaS applications are available through a network that already exists, and HTML 5 Web Standard is provided for this type of application? Quite simply, all the details are covered in this article.

The Case Of Typical Offline Use In The Company

Typical case of use for moving offline users who have to deal with breaking the connection between the different access points of the Internet. These are the everyday sales managers using CRM-system: it refers to the network of the company, if you move to the 3G, at the station or at the airport to Wifi, the client to its local network, if available. In this case, the user may need to use a long flight or train ride to update the clients.

What is possible under this condition? A CRM-system sharing software, which is compatible and can be used in off-line mode. Once access to the Internet is found, the new data will be synchronized with the “cloud” applications. It means that any changes that are made during the offline session, will be synchronized with the data for other users once you are in the network.

When looking at the case described, it is obvious that offline mode is more important for smartphones and tablets. Today it is possible to use the offline application for major smartphones. Thus, the application Evernote for notes allows the user to have access to the records in the “clouds” and on the mobile phone. Separate versions of iPhone, iPad, Android and Windows 7 also supports offline mode for premium users, which allows you to edit records without web access. This mode is available offline for the majority of so-called “native” clients major mobile platforms (like Apple Store for the iPhone), on the market, especially with the ability to locally store application data.

Leading offline mode technology – HTML5, the new web standard that is supported by the latest versions of all browsers available on the market. It should be noted that offline mode is possible by HTML5, but it’s just one of the innovations that have made this mode.

For offline mode, every browser supports the first level of the local cache. The principle of the local cache has always existed, from cookies. Subsequently appealed to every browser-specific extensions or plug-ins. What has changed today is the existence of these web standards for local storage, but especially to provide these opportunities through a simple and standard technical interface (API, Application Programming Interface).

Local data storage began with the standard Application Cache, the essence of which lies in maintaining the application logic, as well as its user interface. Today it is possible to go even further: to capture new data generated by the user on this device and store them locally. There are different standards of local databases, among which the most common is the Web SQL, so far has not abandoned World Wide Web Consortium (W3C), an organization to develop Web standards. Good news is that the major browser market has announced support for the new standard IndexedDB as a local database. So, IndexedDB is supported by Firefox, Chrome and Internet Explorer browsers, from the 10th version.

In addition to the availability of standards when creating offline applications, they must be equipped with other options. User information about the discovery in offline mode is one of them. This first level of information is especially important when it comes to sharing tool or more participants, changing the same object (eg, the current tasks of the client project). This allows the user to know what changes will be made to them but will be visible to other users as soon as there is an access to the web.

Once the connection is restored, the data is synchronized with the “cloud” applications. There are several points you must consider:

Application compatibility: Group use with off-line mode raises the question of the new local database, as it will need to handle a large volume of information, dubbed in various consumer devices. Another important issue is the ability to operate and maintain the same “cloud” application in the management of the different characteristics of the offline mode during the transition from one device to another, that is, for example, from iPhone to Android Smartphone.