In case you’re looking to start your online business and looking to gain the maximum benefits, then one thing you should carefully look into is the platform that you’ll need for web hosting. There are two major platforms that you have, namely- Linux and Windows Servers. Both these platforms are used in web hosting owing to factors like- usability, functionalities, support, and other features that differ from each other. Choosing the right platform becomes an indispensable component of your business plan if you’re looking for the long-term growth of your business. 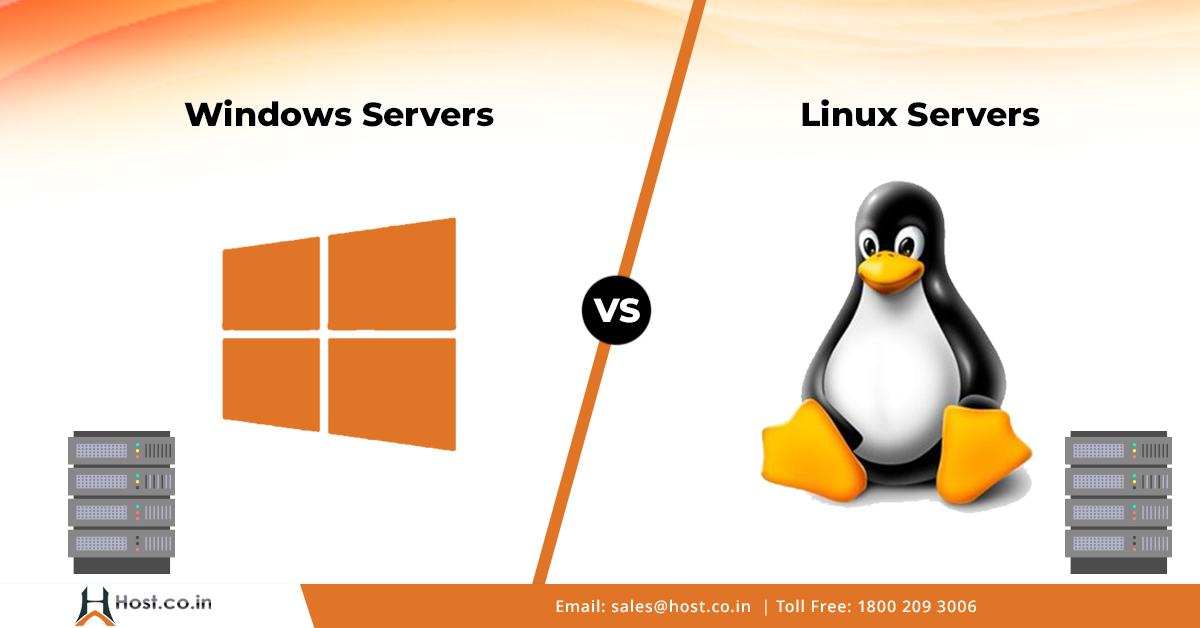 Going for either Linux or Windows hosting is purely dependent on the needs of your business. Considering Linux is an open-source and free operating system based out of the Linux kernel. The main function of a Linux OS is the management of resources related to software and its associated objects.

Linux is one software that works well with the new systems as well as the older machines too. Any old system can easily support Linux OS in it and the versatility of Linux makes it the most preferred choice for a large number of users.

With Linux systems, you can never complain of issues like system getting slowing down when there is a huge load on the system or many resources are being utilized at the same time. With Linux systems, you don’t need to be worried about any problems that are constantly running in the background. Linux Hosting utilizes fewer system resources and thus makes it popularly known for multi-tasking.

Presently, there is no OS in the market that can completely secure you against all software attacks. Despite being attacked by cyberattacks in the past, vulnerabilities can be easily detected and repaired with much ease. However, another vulnerability mechanisms are purely dependent on the in-house team you have for fixing the security patches.

When you choose a Linux OS you get a server that has a number of customizable features, giving you complete control of the system resources. A diverse array of free software is made available to you, so you can select the best applications needed for running your online business smoothly.

There are only a few servers and processes running in the main installations of servers, so there is higher stability when it comes to Windows servers. The installation process of the server is simple and easy.

There are only a few binaries in contrast to the full installation, so, there is less time and effort that is used for performing the maintenance tasks.

In Windows Servers, there are only a limited number of things that are needed to control and handle the installations of Server Core. It is quite simple to support and configure a core server installation. Windows Server is based on Microsoft OS, supporting data storage, enterprise-level management, communications, and applications.

Linux OS is designed in such a way that it can be used along with Secure Remote Login. The complete management of VPS is carried using the command line. When compared to Windows VPS, it uses fewer resources and you won’t be getting any reboot requests in case of high loads on the website.

In the case of Windows VPS, you always need to reboot after every minor patch has been performed. As previously discussed, Windows-based hosting deploys the use of a GUI, leading to more resource consumption if it’s not properly utilized.

We all know, Linux being an open-source software doesn’t need any licensing cost. So, this makes Linux Hosting a very cost-effective option to consider.

On the other hand, Windows is a commercial OS that is operated by the tech giant, Microsoft. It has got high licensing fees and servers are designed to perform in a specialized manner that comes with a high price.

The File Transfer Protocol or FTP can be accessed on both types of VPS Hosting. However, if you go for SSH or telnet server accessibility, it is made available only with Linux. With Linux-based VPS services, you’re provided with complete server access.

As stated earlier, FTP is made accessible on both, but with Windows Hosting in place, you don’t get any SSH or telnet servers accessibility.

When you use a Linux-based VPS hosting service, you get cPanel or Web Host Manager (WHM) control panels.

On the contrary, with a Windows VPS hosting, you only get to use the Plesk control and it is considered to be quite user-friendly.

Linux provides a cPanel management tool that can prove to be a bit difficult for the new users having less technical knowledge.

As Windows VPS hosting deploys the use of a GUI, the new users find it much easier to operate as compared to the Linux OS.

Most of the Linux VPS Servers offer a 100% uptime guarantee. Linux VPS Hosting can be a great option if the user is working with Python, PERL, or any other similar platform.

On the other hand, not all Windows Servers ensure a 100% uptime guarantee. However, Windows VPS hosting can be a great consideration if the user is working on ASP.net, PHP, etc.

Linux is based on a UNIX-based OS offering enhanced security against all kinds of malware threats. They are considered to be more secure as only the admins have editing rights & privileges.

Windows is also considered to be a safe option, provided users have the correct setup. In Windows VPS Hosting, users can hide a file from the admin’s view-panel.

Selection of the right server, be it Windows or Linux remains an important decision for the growth and development of your business. Both these platforms are most commonly used for web hosting, however, their usabilities, functionalities, support as well as features are quite different from each other. Linux Server is developer-friendly, on the other hand, Windows Servers are much simpler and have a user-friendly OS.