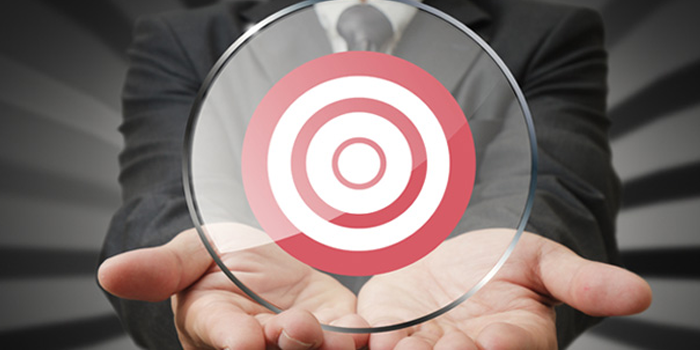 Today we are in a world where we are surrounded by cloud and DevOps. Implementing DevOps is not a simple task.  Before implementing DevOps, an assessment should be carried out which will clearly tell if the organization will benefit from the changes or no. Even if trivial incremental changes are witnessed with DevOps it signifies that organizations can test new ideas with more risks.

DevOps has been successful in speeding up software development and restructuring the involvement of quality assurance and operations teams.  Moreover, it enforces demands which every business must be capable enough to address.  Go through the below-mentioned steps to undertake an accurate DevOps evaluation.

Is value added to the businesses with DevOps?

While implementing anything, make sure long-term returns are considered. Traditional software development tools take more than considerable time for coding and testing before anything is perfect for distribution. However, challenges are faced in the form of oversights and a defect in the release not overlooking competition adversely affects the return on investment.

The complete picture of software development is changed by DevOps.  This is done by deploying shorter and smaller development cycles. Operations, quality assurance staff, developers relentlessly work on product’s constant release pipeline. Each and every release is a valuable addition to the characteristics and functionality of the product.  Sidestepping the risky investment period, it travels in the market faster.

Is IT flexible enough to support DevOps?

The IT enterprise must install every small software release. That is, the new version of the software is installed on one or more servers in the cloud or data center and interlocking supporting storage, performance monitoring, databases as well as other resources. All these activities are core responsibilities of IT decision makers.

To deploy and provision a usual application which is done by following a traditional soiled process takes months and months of time. Specific requisitions, approval of new servers, application requirements, acquiring OS, installing any new system, acquiring software licenses’, performing the deployment of the approved system is determined by the IT organization.  While all this is carried out, there is very less interaction with the developers.

When IT employees work on rare software releases then such rigid processes work well.  A new development cycle should not be the only reason triggering the move to DevOps. While assessing DevOps, one should also consider how the IT team is functioning if sustained as-is and how it will change. IT people work closely with QA staff and developers in a different manner on DevOps to offer computing, networking and storage resources at a much faster pace to test each release.

Is the enterprise big enough for DevOps?

DevOps will function effectively only when a cyclical pipeline of development exists. If there are any gaps in the pipeline then it will leave the employees idle. To effectively deploy DevOps, the enterprise should be large enough to support the tools, processes that will enable DevOps to be productive. Balancing project demands and staff can initially be challenging for small enterprises. Application development is often subcontracted by small enterprises.

Maintaining and deploying a DevOps pipeline is done by large enterprises that have the capability to attain and adjust employee levels to achieve project timeline hassles. Organizations having 250 to 1000 employees are in a better position to deploy the DevOps process. Organizations having more than 1000 employees will have the scaling ability to leverage DevOps strategy.

Is the organization aware of its DevOps strategy?

DevOps is not a single task. With single software, you cannot successfully deploy DevOps. DevOps is an entire procedure of processes, tools, and people. For effectively deploying DevOps you require clever developers, insistent testers, and expert operations workforces. Collaboration, Workflow, and automation with related tools are required. The organization must have flexible and dynamic business processes to completely eliminate traditional silos and multiple teams operating together. Having all these elements set in place, DevOps radically triggers deployment cycles and software development process bringing in tangible welfares.

The method of deploying DevOps varies as per different companies. Adjusting tools, people, processes to achieve the organization’s goals. It means taking appointing developers who very well know DevOps cycles and workflows, deploying a suite of tools which will enhance the collaboration between QA, IT and developers and adopting business leadership which will drive DevOps deployment.

Will the company promise constant change?

Deploying DevOps is not a one-time activity. Organizations should not be resistant to change as deploying DevOps requires changing as per changes in the business environment, technological advancements as well as changing user expectations. After making the initial DevOps step, new development language will be adopted, migration to another collaboration platform and DevOps workflow, upgrading servers, migrating to public cloud hosting or implementing a private cloud, getting familiar with business environments.

The three pillars of DevOps are a process, technology, and culture. More and more focus is given to culture because if culture is evolved, it will naturally support technology and process for its operations. For a successful DevOps implementation, culture is really important. Difficulties will be faced while evolving an organization’s culture, but it’s worth it. However, many organizations believe that DevOps is not actionable, it is just automation, cultural change is not effective etc. This all is a misconception about the term DevOps. DevOps basically is a collaboration between the operations team and developers. DevOps is not at all concerned with technology, processes or culture but with DevOps, all these things can be improved.

A DevOps culture contributes significantly to the growth of the organization. A noteworthy contribution is made in the quality assurance area in the information system which is a link between operations, development and customer support teams with clients. Moreover, it is advantageous in SMF- Service Management framework as more and more services rely on the collaboration between Dev and Ops members. Information System Development is one such area where major changes are witnessed reducing the gap between operations, developers, and consumers enabling problem detection a bit earlier.

DevOps is an ongoing concern which requires adjustments and optimizing resources. After assessing and following the above-mentioned steps, carry out the process of deploying DevOps.

This blog is protected by Dave's Spam Karma 2: 55584 Spams eaten and counting...